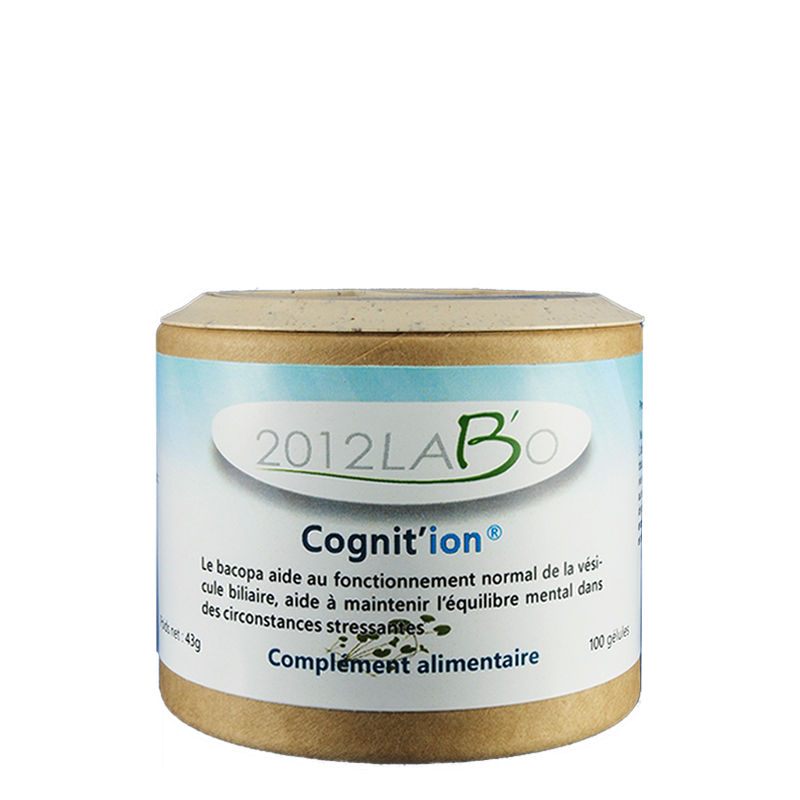 Bacopahelps in the normal functioning of the gallbladder, helps maintain mental balance in stressful circumstances

Bacopa helps in the normal functioning of the gallbladder, helps maintain mental balance in stressful circumstances

Directions for use:
Take 1 to 2 capsules at each of the two main meals or 2 to 4 capsules daily.
Do not exceed the recommended daily dose.
The use of this dietary supplement should not be a substitute for a varied, balanced diet and a healthy lifestyle. Keep out of reach of children. Store cool, dry and away from light. Consult your doctor if you are taking anticoagulants at the same time. Use in pregnant and lactating women, or in case of antidepressant treatment is not recommended.

RECOMMENDATIONS :
Consult your doctor if you are taking anticoagulants at the same time.
Use in pregnant and lactating women, or in case of antidepressant treatment is not recommended

PROPERTIES
The dry extract of bacopa monieri, or brahmi is used as a general defatiguant, stimulating mental concentration and memory.
Bacopa monieri is composed of alkaloids (nitrogen-based molecule), sterols, and steroidal saponins (natural molecule of plants). This plant is a brain tonic that increases memory by increasing nerve transmission.
It also improves cognitive faculties and reduces disorders related to irritable bowel, such as ulcers, diarrhea or constipation.
Monnier's bacopa is also known to alleviate depressive or convulsive states as well as respiratory problems and neurodegenerative pathologies.
Also used to perfect protein synthesis in the hippocampus (part of the brain that plays a central role in memory), it should not be confused with centella asiaticva or Asian hydrocotyl, also called brahmi.

Ginkgo is a powerful antioxidant that slows down the aging of cells. Known to promote the proper functioning of the body and the various organs that compose it, it also promotes blood circulation as a whole. It is one of the most used plants against neurodegenerative diseases such as Parkinson's or Alzheimer's.
Rice bran: anti-caking agent
Maltodextrin and rice bran are bulking agents (which makes it possible to give a consistency to a food without impacting its calorific value) incorporated into the capsules, allowing to lubricate the ingredients contained in a capsule and to increase the consistency of the composition.
The  capsules are 100% Vegetable

A bit of history...
Bacopa monieri, also called water hyssop or brahmi (taken from Brahma, creator of the Hindu pantheon), grows in the swampy regions of India, Nepal, China or Sri Lanka. It can also be found in the southern areas of the United States, in Florida for example.

It can be grown in ponds and peatlands. This plant has been used in the medicines of India for more than thirty centuries, and is recognized, in China, as a tonic, prescribed for sexual disorders such as impotence. It would also treat infertility.

In Cuba, its juice is mixed with oil and is used for pain related to osteoarthritis. Traditionally, the juice of brahmi was obtained by squeezing its leaf and stem. Once extracted, the juice was dried in the sun so that it could be converted into powder, with which the base of syrups and/or refreshing drinks was made.

Native to Asia, especially Southeast China, Ginkgo biloba has been used in Chinese medicine for 4,000 years. This tree, which appeared long before the dinosaurs, is one of the oldest in the world.
Able to live up to 2,000 years, it survived the radiation caused by the Hiroshima bomb. Ginkgo was imported to the United States and Europe in the eighteenth century.

1-Take-away pouch, fabric, with flap closure to protect your...

Gingko biloba may improve mental function and memory in the...

Boswellia develops a serene state, it helps maintain the...

Cartilex is a synergistic combination of the two essential...

Food supplement with plant extracts With dry extract of...