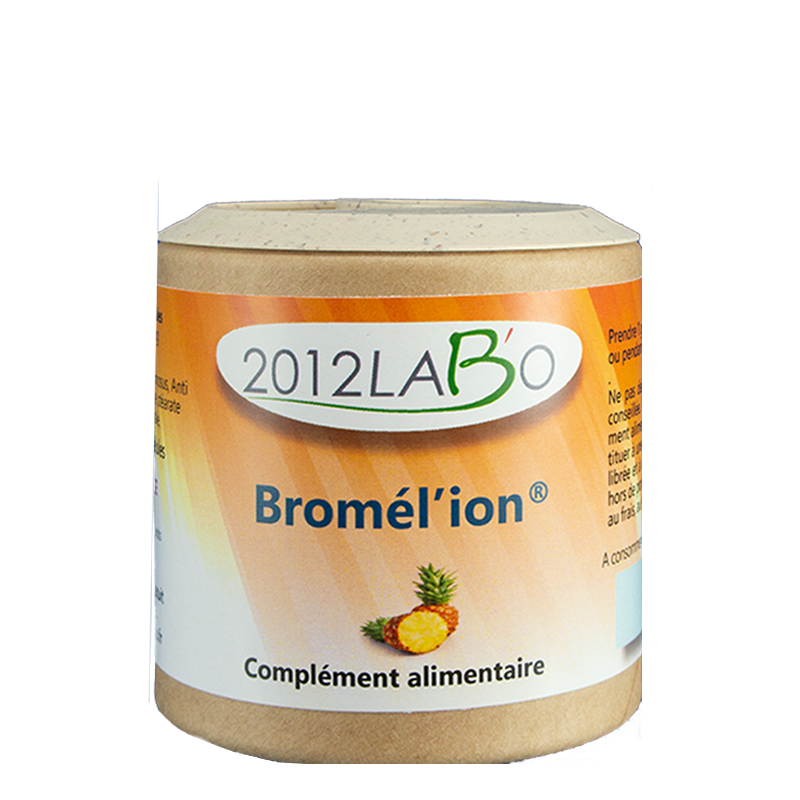 Tips for use
Take 1 capsule 3 times daily before or with meals.
Do not exceed the recommended daily dose. The use of this dietary supplement should not replace a varied, balanced diet and a healthy lifestyle. Keep out of reach of children. Store cool, dry and away from light.

PROPERTIES
The pineapple stem, a source of potassium, has an enzyme, bromelain, which facilitates digestion, and acts on proteins abnormally produced by the body.
The benefits of pineapple are multiple, both topically and internally. In case of water retention or cellulite, its fragmentation of proteins at the level of adipocytes (fat storage cell), will activate the dice infiltration, and the elimination of toxins, which can cause thinning.
When applied directly to the skin, pineapple neutralizes fatty acids. Known as a stimulant of the body's defenses, pineapple also produces positive effects on digestion, activating it. In addition, it facilitates the disappearance of localized edema, caused by cellulite clusters or bone fractures.
Magnesium stearate: anti-caking agent to lubricate the ingredients contained in a capsule and increase the consistency of the composition.

A bit of history...
Native to South America and the Caribbean, pineapple was used by Guadeloupeans, sliced and offered as a welcome gift to sailors to quench their thirst. It was in 1493 that Christopher Columbus discovered it, during his journey to the New World. Before that, pineapple was unknown to Europeans.
After a long journey throughout tropical America, the pineapple settled in Martinique, where Father Jean-Baptiste Du Tertre extolled its qualities by naming it as the king of fruits, because God put a crown on its head in his work entitled, General History of the West Indies inhabited by the French in the year 1667.
For their part, the Dutch made it known in candied form, and were the first to grow it in greenhouses.
In India, the climate being similar to its continent of origin, the pineapple, once planted by the Portuguese, spread throughout the Far East.
In France, pineapple was grown in greenhouses only at the end of the seventeenth century, but it remained for a long time considered a luxury delicacy reserved for kings.
But against all odds, it was not until the twentieth century that the United States became a major producer.

COENZYME Q10 or ubiquinone is an essential nutrient for...

Taurine is a neurotransmitter that is involved in cardiac and...