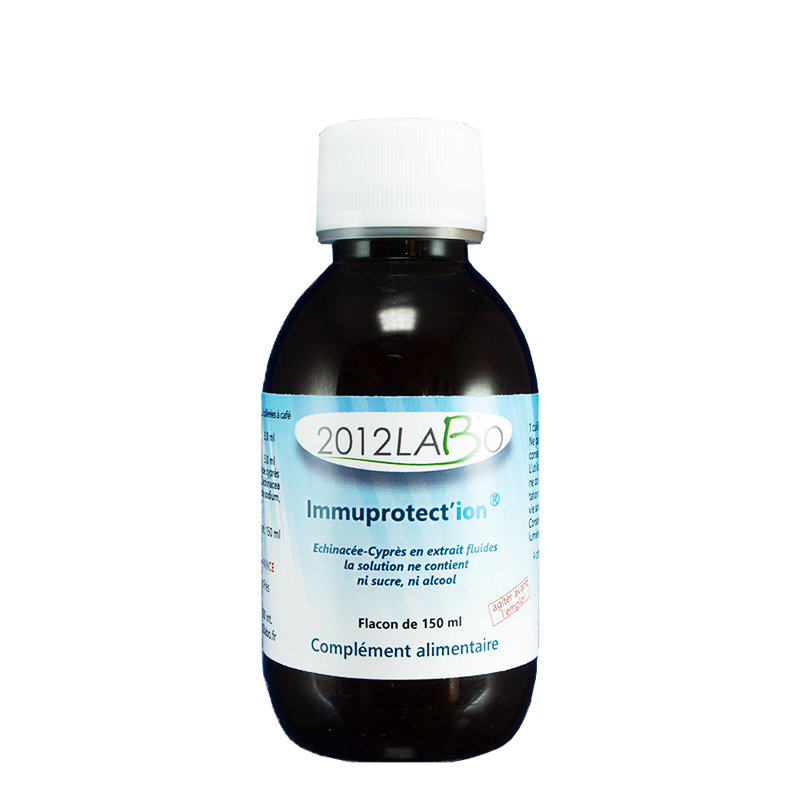 Do not exceed the recommended daily dose. The use of this dietary supplement should not be a substitute for a varied, balanced diet and a healthy lifestyle. Keep out of reach of children. Store cool, dry and away from light.

RECOMMENDATION : Do not use during pregnancy or lactation.

Cypress, in phytotherapy we use its fruit, the cone of cypress, to which we attribute protective effects of the vascular and vasoconstrictor system, anti-inflammatory, astringent, febrifuge, antitussive, diuretic and antispasmodic. It relieves heavy leg syndrome, acts on varicose veins, hemorrhoids, incontinence and prostate syndrome.
It is said to regulate blood circulation and venous tonic, it would reduce water retention and act against cellulite, rebalance the nervous and dermatological system.

Echinacea root, known for its protective and stimulating power of the immune system, it acts in particular on the duration of the common cold.
It is through activation of white blood cells and production of interferons that it acts.  Clinical studies have been conducted and seem to indicate that echinacea may also have antiviral, anti-infective and antifungal effects. The beneficial effects of echinacea on cold symptoms are due to its anti-inflammatory activity, especially its ability to block the production of cytokines (molecules of inflammation).

A bit of history...
The cypress, already in the Middle Ages, the Benedictine nun Hildegard of Bingen granted it important virtues to fight against states of general fatigue.
Echinacea Root, was already used by Native Americans in the eastern Rocky Mountains to treat respiratory tract infections and snakebites.
Subsequently the settlers from Europe adopted the same uses, then it fell into disuse with the arrival of antibiotics that replaced it.

Price 31.37
Comments (0)
No customer reviews for the moment.

Ferment based on Lactobacillus. The microbial flora is...

Eschscholtzia helps to cope with a stressed lifestyle -...

Boswellia develops a serene state, it helps maintain the...

Garcinia reduces fat storage by turning it into energy

Food supplement with plant extracts With dry extract of...

The four phases of the menstrual cycle are menstruation,...