You've probably heard of fascia, this fascinating connective tissue. They have now become a topic of interest.

But you still don't fully understand how this fabric is made up and what important functions it performs? We will try to explain to you in a simple and understandable way this fascination for fascias.

One thing is certain: fascia play an important role in your health and well-being. They connect all the structures together and form a huge network that extends over the entire body, from the surface to the depth. They thus keep your body and all organs in place. According to the famous fascia researcher, Robert Schleip, in humans fascias represent an average weight of 18 to 23 kilograms.

01. The birth of interest in fascias

For a long time, science and medicine did not pay much attention to fascia. They were considered an unimportant tissue enveloping the body. Only a few forms of naturopathy, such as osteopathy, took advantage of fascia for the success of their treatments, without knowing the exact structure. Most anatomical studies simply excluded fascia to look at deep organs, bones, nerves and vessels, which were considered more interesting at the time.

Things changed a few years ago. Scientists have shown increased interest in fascias and become aware of their importance. In 2007, the first Fascia Research Congress was held in Boston, where experts from all over the world exchanged their findings for the first time. Robert Schleip is one of the leading specialists in fascia in Germany.

Even though fascias have not yet been thoroughly researched to date, they are now considered an essential structure of the body. They perform multiple functions and can cause pain and functional disorders.

The word fascia is derived from the Latin "fascia", which translates to strip, strip, bandage or ribbon.

The fascias extend throughout the human body to the depths. They form a solid three-dimensional network with tight meshes that envelops and connects all the structures of the body. All fascias are thus connected to each other in a certain way.

Fascia thus stabilize the body's center of gravity in static and dynamic postures – whether standing, sitting or lying down. They hold the body and all organs in place.

This can be explained thanks to the tensegrity model from architecture. In this model, solid elements are held together and stabilized by the equilibrium of tension forces alone. In the example of the body, bones are the solid elements that "float" almost in the network of fascia under tension.

In a piece of raw meat, fascias are the white skins that surround and pass through it. In plants, such as oranges and grapefruits, they are recognized in the same way. Here too, skins are formed and divide the flesh of the fruit.

The anatomy of the fascia is similar to that of other connective tissues. Fascia consist essentially of cells and what surrounds them, the extracellular matrix. In its physiological state, the extracellular matrix fixes a lot of fluid, which is very important for its main function at the level of muscle, mobility. The muscle tissue thus remains flexible and the different muscle fibers can easily slide against each other.

Fascia consists mainly of two types of proteins: collagen fibers are 2 to 20 μm thick and give the tissue high tensile strength. They hardly stretch. Elastic fibers are only 2 μm thick and are very stretchy, reaching up to twice their length. Depending on the composition, the tissue of the fascias is thus more stable or more elastic.

The entire fascia can reach a thickness of 3 millimeters, for example, the fascia thoracolumbalis in the lumbar region or iliotibialis tract on the outer side of the thigh. The latter is a kind of strengthening of the lateral fascia of the thigh, the fascia lata.

The fascia of the body are divided into three layers – superficial, deep and visceral.

The superficial layer is located directly under the skin and consists of a dense network of elastic fibers. It is thus very extensible, according to the needs, for example in case of weight gain or during pregnancy. The superficial layer surrounds the whole body and thus ensures the role of a kind of "communication system". It is crossed by lymphatic and blood vessels, as well as nerve pathways and glands. It also has a buffer and damping function.

The deep layer of fascia surrounds and passes through muscles, tendons, ligaments, bones, joints, nerve pathways and blood vessels. It is very rich in collagen fibers. This means that, compared to the surface layer, it is particularly resistant to traction and not very elastic.

Different fascias, such as muscles, have distinct names:

The deep layer has many specialized sensory receptors. Much more, for example, than muscles. This makes the fascia network the most important sensory organ in the human body.

The visceral layer is used for the suspension and embedding of internal organs. Just like the deep layer, it is less extensible than the superficial layer, because to stabilize the organs its tension must remain practically constant. The visceral layer surrounds, for example, the brain and spinal cord with the meninges, the heart with the pericardium and the lungs with the pleura.

06. Fascias as a sensory organ

Fascia contain an extremely high number of receptors that receive different information and transmit it to the central nervous system. Before this awareness, the skin was considered the largest sensory organ of man. Experts now attribute this role to the fascia network.

The different receptors have distinct names depending on their specialization:

Nociceptors : they record potential or actual tissue damage. Depending on several factors, when activated, pain is perceived by the brain.

The fascias would have an emotional memory function. This means they can store experiences – and pain is one of them as well. The fascias can thus shorten and stick together.

Just like a muscle, the fascias of the deep layer actively contract. They can perform this special function thanks to small starry cells, myofibroblasts.

Among other things, this is important to maintain the stability of the body for a long time. If this increase in tension is constant over several days to several months, it can lead to a change in the tissue of the fascia. Generally speaking, it can become more rigid and significantly affect the mobility of the joints. Continuous mental stress, permanent overwork or diet can be, for example, the cause. 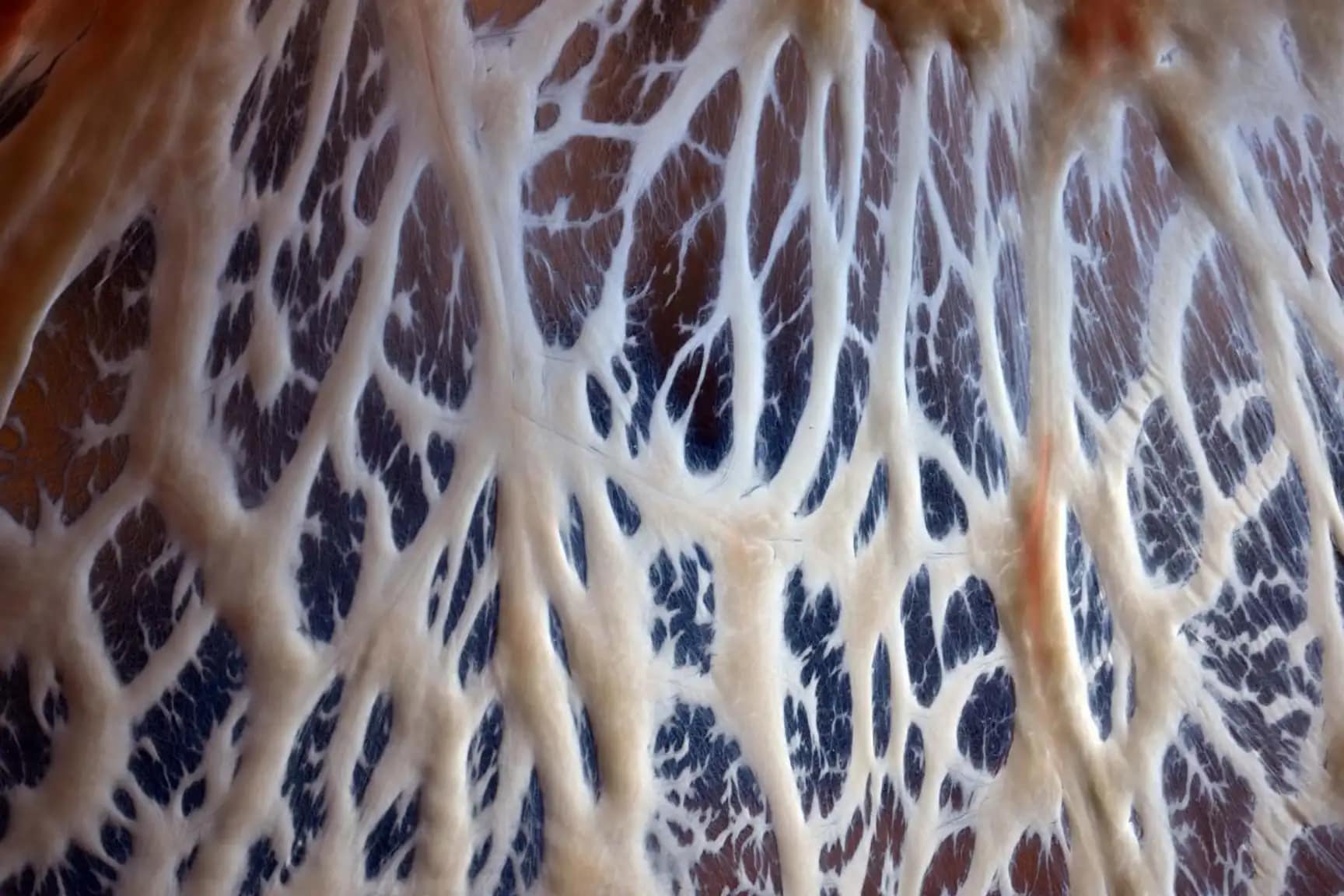 Like tendons, fascias have the function of storing and releasing energy in the short term. Strictly speaking, tendons are even today part of the fascia. They act as a system of springs that helps to perform certain activities, such as jumping and sprinting, more efficiently, that is, by requiring less effort from the muscles. In kangaroos, this means, for example, that they can jump higher and farther than their muscles alone would allow. Fascias also participate in the transmission of strength from the muscles to the bones.

Article taken from the site: Blackroll.com